Burger of the Month recap

Professional curler Colin Hodgson and Cilantro & Chive Restaurant in Lacombe, recently teamed up for a fundraiser with proceeds going to KidSport. In total, the Burger of the Month campaign raised $1060 towards the creation of KidSport Lacombe County. Through the Burger of the Month program, Cilantro and Chive have donated over $65,000 to local charities within the last 4 years.

“While the curling scene may look a little different this year, Lacombe curling legend Colin Hodgson was thrilled to have the hammer in November co-creating the “Hurray Hard” burger for our beloved Burger of the Month Program. A chef himself, he brought his A game to the rink with this one. The burger included a grilled bison patty, mixed greens, beefsteak tomatoes, house made Saskatoon berry jam, savoury peanut butter, 2 strips of pepper bacon, garnished with a fried onion ring and chipotle aioli on a toasted brioche bun! $2 from every burger sold in November is going directly to Colin’s charity of choice KidSport, and the establishment of a Lacombe County chapter. 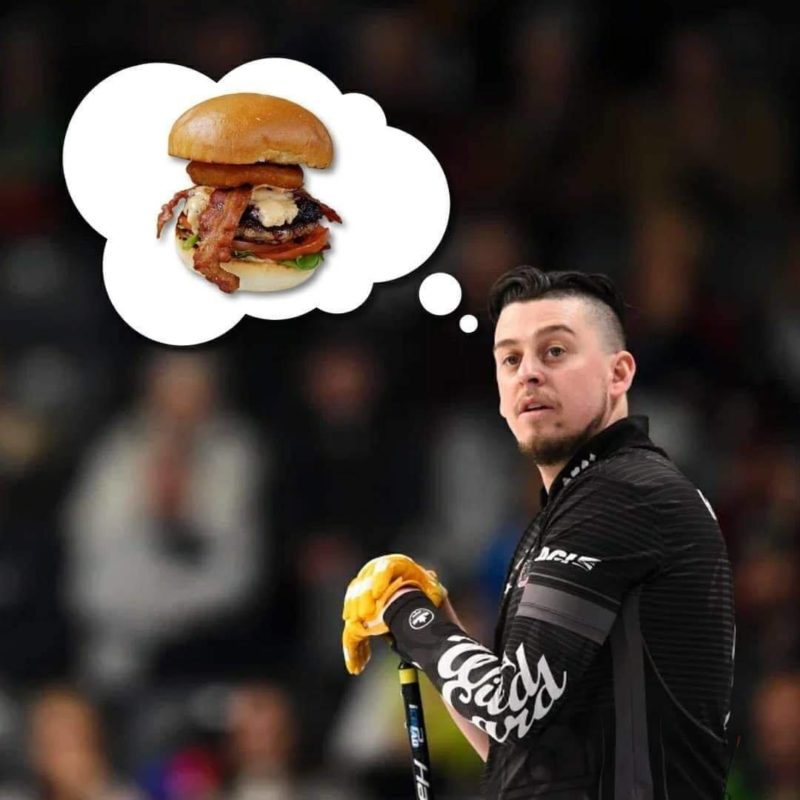 Hodgson is an Ambassador for the organization and is eager to help get a chapter up and running in his hometown. “KidSport is such a worthy cause and close to my heart. I believe it’s so rewarding to give a gift to children and their families to promote personal growth and a happy lifestyle. More than ever, we need to focus on happy and healthy lives for our youth”.

In 2019, 13,677 kids in Alberta received the gift of sport thanks to KidSport, who distributed over 3.2 million back into local sport communities. Nick Davies, Development and Communications Manager with KidSport Alberta, says there is a growing need for a chapter in Lacombe. Last year 27 kids in the city of Lacombe accessed KidSport grants, with another 28 coming from the greater Lacombe County area.

Even with the disruptions and challenges of 2020 they have still seen more than 20 applications from Lacombe.

Davies notes KidSport Lacombe County has an initial fundraising goal of $10,000 to launch the chapter and the BOTM funds will be a critical start. “We are so grateful to Colin and Cilantro and Chive for choosing KidSport, for their support with this initiative and their genuine passion to help local kids”, said Davies. KidSport Alberta is actively engaged in finding volunteers to make the local chapter a reality.