An Athlete and an Actor with goals of Scoring a Gold, a Grey Cup and a Grammy

Flying down an icy track at 150 km/hour might not be everyone’s idea of a fun time but for KidSport Ambassador Kayden Johnson it’s been an amazing journey to be training for a chance with the Canadian Olympic Bobsled team for the 2022 Olympics in Beijing and the 2026 Olympics in Italy.

Kayden’s journey started in his hometown of Kerrobert, SK, a community of just over 1000 people about 2 hours west of Saskatoon. Kayden came from some strong multiple sport athletic genes; his dad was a decathlete representing Canada in the Masters level of the sport, his mom competed with the University of Saskatchewan Huskies for soccer and basketball plus hockey for Team Saskatchewan. Kayden has some strong role models who influenced his athletic journey, Johnson says, “For sure my parents, as well as Usain Bolt, LeBron James, Adrian Peterson, Michael Jordan and Chris Johnson.”

Like many small-town kids, Kayden was involved in several sports including gymnastics, hockey, basketball, track, along with not so common sports such as heptathlon and decathlon which includes hurdles, pole vault, shot put and long distance running. Participating in multiple sports from a young age made Kayden a very adaptable athlete who has been able to use various sport disciplines to his advantage in his current sports which are football and track. Kayden started football in grade 7 in Kindersley, a community about a half hour from his hometown, where he attended high school and discovered his love of football. “I’ve never done just one sport, so doing multiple sports is all I know and I love it and I have big dreams in both sports. I’d like to go as far as I can in both,” he says.

Once Kayden graduated from high school from LCBI, he had opportunities from many universities, but chose to stay close to home joining the University of Saskatchewan as a part of Huskies football and track and field with a focus on the heptathlon and decathlon.

Being at the University of Saskatchewan Kayden had his specialty as Kinesiology, however he took drama courses for extra credit where his professors noted he was very talented as an actor, this in turn changed his course of post-secondary schooling to focus on acting. Once Kayden decided to focus on both sport and theatre, he decided to make the move to York University in Toronto where there is a strong theatre program which would allow him to pursue both his future goals as he was not only accepted into the theatre program but also had spots with the York Lions in Football and Track and Field. Kayden said, “I went to USask and took Kin. I took Kin my first year at York U when I transferred to be with my coaches from team Canada track and field and football. I took the theatre extra credit course as a summer class and then I started theatre my second year at York University.”

“I’d definitely like to play professional football – CFL or NFL – and then I’d like to be an Olympic hurdler as well,” Johnson says, adding he also wants to pursue an acting career in film or television. Strength and power from football transfers to Hurdles whereas speed from track benefits football for Kayden’s running back position. Sport contributed to Kayden’s fearlessness to set lofty goals such as being an Olympian, playing in the CFL and NFL and to become an actor on the big screen. Kayden has a positive mindset in which he sets goals and crushes them so he’s someone to watch over the coming years. “The resilience comes with just being able to keep the consistency and want to come back day in and day out without giving up. I find if you have the mental strength to keep pursuing and chasing after your dreams, then you can slowly see your dreams become reality. It just creates a better personal and mindset for yourself,” Johnson said.

Kayden’s University sports were halted in 2019 when he had had to quit sport due to injuries however on a positive note, he was able to finish the year with his brother Kolby who joined York University to play hockey. Sporting ability clearly runs in the family and it was a great end to Kayden’s University career. “We haven’t lived together since we were teenagers. So for us to have this year together and for me to be able to show him the ropes in his first year has been a great time,” Johnson said. “We’re just cherishing every moment and trying to be beasts in the weight room and on our teams. He makes Toronto feel even more comfortable.”

In December 2020, Kayden graduated from York University and was drafted by the BC Lions in the Spring of 2020 and excited to get on the field with his goals set high as always for him. “I always like to set my goals high right off the bat. I want to come into this season and be the CFL’s Most Outstanding Rookie,” Kayden said.

In 2020, Covid hit and the CFL season was cancelled in what would have been his rookie year. The cancellation gave Kayden the opportunity to look at what other sports he could compete in to keep his athletic abilities during this time. Kayden always looks at things in such a positive mindset that it was natural for him to look elsewhere for opportunities. Kayden tried out for the RBC Training Ground program in 2018 which puts athletes through a series of ability and strength tests to gage if an athlete has what it takes to be a potential Olympic athlete. If an athlete proves he has potential, it allows the athlete to access to train for an Olympic spot which receiving funding and sponsorship through RBC Training Ground so they can focus on their sport for the chance to be on Team Canada. Kayden won a spot with RBC Training Ground which opened up the opportunity to train and try out for Bobsled for Team Canada for the 2022 Olympics in Bejing and 2026 Winter Olympics in Italy. Kayden on his first bobsled run, “It was full of adrenalin. It really was like nothing I’ve ever experienced, like being on a roller coaster and a fighter jet at the same time. The ride itself is under a minute long, and you can feel the G forces squishing your body during the run.”

You would think that Kayden doesn’t have downtime with his very busy sporting career but he makes time to hike, climb mountains, meditate and spend time with his girlfriend and siblings. Plus, he is known for doing great backflips which will come in handy for after touchdown celebrations once he lives his dream of being in the CFL or NFL.

Kayden knows that one day he his football career will come to an end but he’s hoping to be featured in action movies. “Specifically superhero (movies). I could see myself being a superhero in a movie,” Johnson said. “Even being a villain, I wouldn’t be opposed to that. Just those powerful and engaging roles are ones that I’d like to do, as well as bringing my imagination when it comes to all the CGI and green screen. I’d really like to bring that to life.”

If Dwayne “The Rock” Johnson can live those dreams from sport to actor, we feel that Kayden “Jam Rock” Johnson will also become a familiar name on the silver screen. 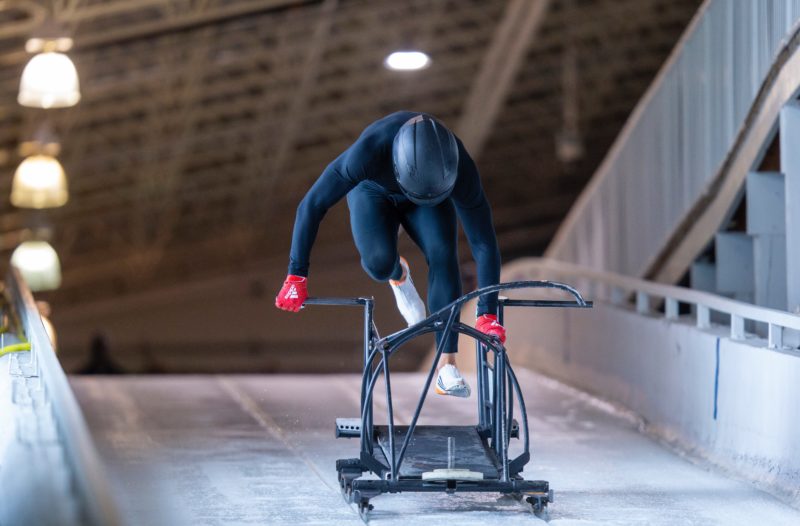 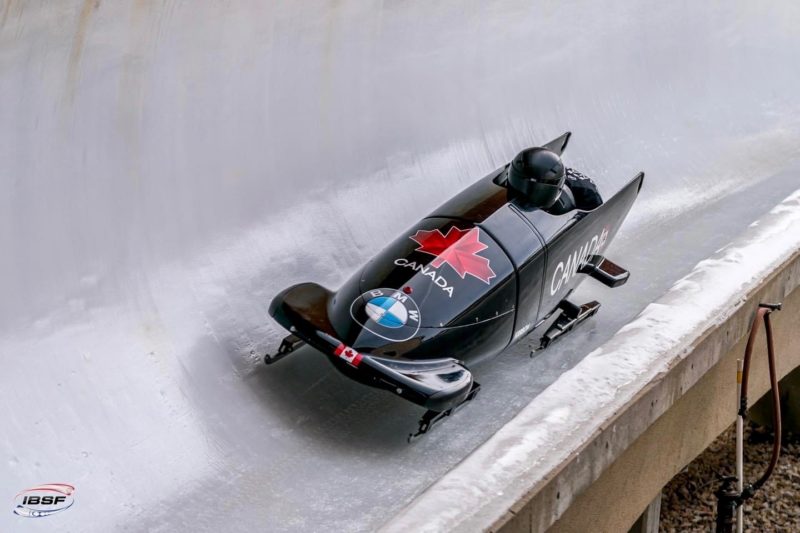